A Sterling Soundproofing Solution for a Stirling Prize Winner 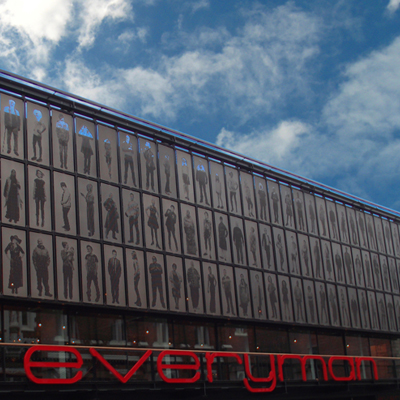 The Everyman Theatre in Liverpool has much to be proud of, having played an influential role in the careers of Alison Steadman, Bill Nighy, David Morrissey, Pete Postlethwaite, Jonathan Pryce, Julie Walters, Willy Russell and Alan Bleasdale. The venue’s writers, performers, artists and technicians have won many awards over the years. And now, following its radical renovation, it is the proud recipient of the Stirling Prize

When a client envisions a major redevelopment project that will “allow the whole building to become a vibrant, creative hub, by day and night” acousticians, naturally, get a little bit nervous. To an acoustician, vibrant is just another word for noisy. As for creative? That’s just another word for chaos. When the client proceeds to announce that this vibrant, creative hub is to include an assortment of quiet and loud spaces, nervousness may turn to panic.

Such was the case with the £28 million redevelopment of Liverpool’s treasured Everyman Theatre. Alongside such vibrant and creative spaces as the theatre’s famous wraparound auditorium, basement bistro, cafes, bars, rehearsal rooms, workshop facilities and a bustling front-of-house are such noise-sensitive features as a recording suite, meeting rooms and a writer’s study. Add to this an anticipated footfall well in-excess of 100,000 each year, and the acoustic challenge becomes more demanding still.

The client, Liverpool and Merseyside Theatres Trust, brought in architects Haworth Tompkins, with their considerable experience of theatre soundproofing work, including the Bush Theatre, the National Theatre Studio, the Young Vic, the Ustinov Theatre, the Royal Court Theatre and the Chichester Festival Theatre. In tackling the various soundproofing issues, Howarth Tompkins worked with acousticians Gillieron Scott Acoustic Design. Gillieron Scott have an equally impressive roster of theatre soundproofing projects, including the Apollo Theatre, the Royal Shakespeare Courtyard, the Almeida, the Chaucer Theatre and the Theatre Royal.

The decision was made to specify 900m2 of CMS Danskin’s Regupol 6010BA under screed acoustic insulation material, with its potential to provide 42dB of impact sound insulation and 62dB of airborne sound insulation. Just as importantly, with a maximum load bearing capacity of 50kN/m² (5000kg/m²), Regupol 6010BA is designed to provide acoustic insulation beneath screed in areas where extreme loads and heavy traffic volumes are anticipated. As with all of Regupol’s acoustic under-screed products Regupol 6010BA is designed and expected to last the lifetime of the application. This is particularly important when heavy loads are a factor as compression over time can measurably reduce the acoustic effectiveness of a soundproofing material.

Just like architects Howarth Tompkins and acousticians Gillieron Scott, CMS Danskin are no strangers to the world of theatre. Regupol and a variety of other products have been successfully deployed in theatre soundproofing projects including The Globe Theatre, the Chichester Festival Theatre, the Royal Shakespeare Theatre and the Edinburgh Festival Theatre.

Other architecture and design awards won by The Everyman Theatre include:

Theatre Building of the Year, The Stage Awards Winner